Where did 2018 go? Quite a busy year for our family to put it mildly! Happy New Year to all and looking forward to a successful one in the garden. I am anticipating each Six-on-Saturday at this time of year with some foreboding but should be relishing the challenge!

Here are my Six-on-Saturday for this week.

Genuine colour in the garden. I do like these Christmas roses. One plant, bought about 15 years ago, has seeded itself all over this flowerbed in our rather shady front border. I don’t have any of the original white hellibores but I am quite happy with these. I pull up the vast majority of the seedlings since they would just swamp each other.

I decided to protect the bay trees from frost, although I didn’t cover them through last winter (and that spring!) and they were not affected at all. However, the predicted frosts of the last few nights did not materialise. I think I will leave them as they are…. not pretty, but we don’t sit outside much at this time of year!

Parsley and sage continue to do well during the winter – rosemary and thyme are in other flowerbeds. (I won’t start singing, you will be very pleased to hear!) I have reduced the parsley by about two thirds and the sage by a similar amount. I find that the mint still grows but has no real flavour in the winter. It still smells “minty” when I cut it back or pull it up though!

The Nerine and the Dicentra Spectabilis are showing healthy shoots already.

I know I should cut back the lavender during the season, but it is very popular with the bees so I just leave it for them to enjoy. Not many bees around at the moment so, since I had a spare half hours a couple of days ago, I went out armed with shears and secateurs and came back in 2 hours later! I thought I had cleared away all the debris (two wheelbarrow loads) but I can see that there are quite a few bits I missed. I pruned the Mexican Orange Blossom shrub (down the back garden in front of the brown bin) too, so you can imagine the aromas coming from the shredder that afternoon! 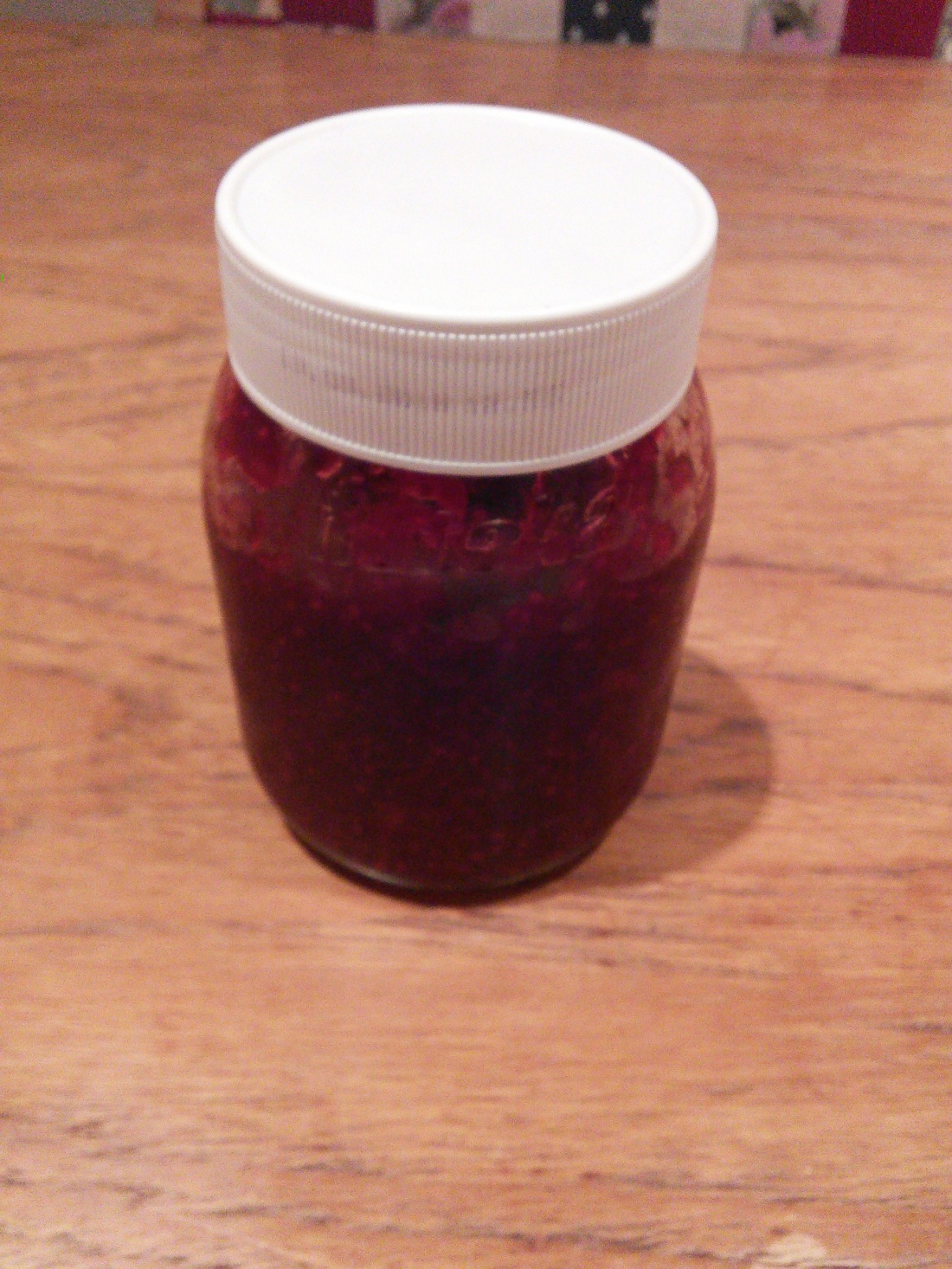 One jar of raspberry jam! If we don’t eat the raspberries as they ripen, I just put them straight into the freezer and bring out enough to make a jar as we need it. I prefer to do this since I find it tastes better than making many jars and storing them in a cupboard. Granny’sGardenHimIndoors likes this on his Weetabix loaf – a healthy version of Sultana cake! I would rather have the unhealthy, proper Sultana cake! Have a good weekend.

View all posts by grannysgarden